What will it take for banks to triumph over Apple Pay?

Given Apple’s dominance in the global marketplace, it would be safe to assume that any Apple product yet to be released will quickly gain popularity amongst consumers. But when it comes to mobile payments, Australians trust their banks. How will such third party providers such as Apple Pay and Samsung Pay compete with Australia’s banks?

The mobile payments market in Australia is set to grow in 2015 with the introduction of Apple Pay and similar offerings from banks and other third party services. But when will processing transactions via mobile devices actually take off, and how what provider will people use to do so?

Although mobile payments can leverage the widespread use of contactless payment cards (such as ‘Paypass’) already in the market, willingness to adopt will depend on perceived security and level of convenience.

Our research shows that consumers are less willing to simply tap and pay with no verification when it comes to the use of internet connected electronic devices such as smartphones. Banks have an advantage over third party services as they have existing levels of trust and can guarantee reimbursement from fraudulent transactions. 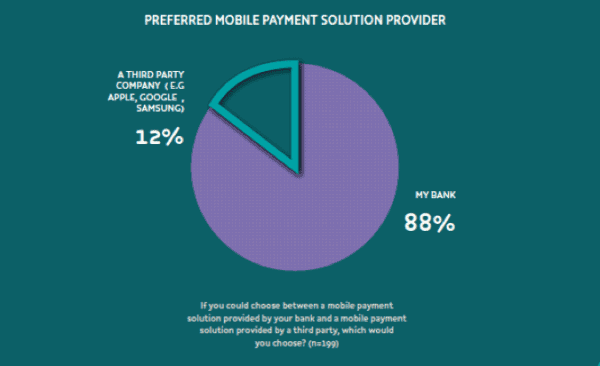 We found that 88% of Australian consumers would choose a mobile payment service from their bank over a third party service such as Apple Pay or Samsung Pay. Banks are in a good position to use mobile payments to grow the electronic payment market but they must build convenient, user-friendly services that will protect end users from hacking and fraud.To fully investigate this topic, we have compiled a hands-on research report: “What will it take for banks for triumph over Apple Pay?”

The data used for this report is taken from an online survey conducted by U1. Data collection took place over the period of 18th – 23rd March 2015. We used QuestionPro, an online survey tool, to ask Australian residents a series of questions about their attitudes and behaviours in regard to mobile payments. A total of 199 respondents completed the survey, and the data presented reflects this sample size unless otherwise stated. Participants are made up of a range of different age groups and occupations across a mixture of locations within Australia. To qualify to participate in the study all respondents were required to be smartphone users. 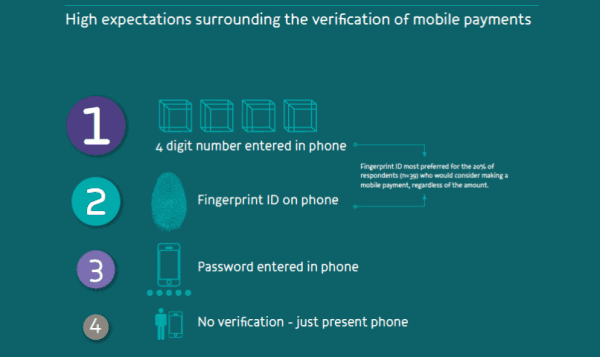